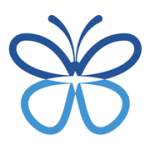 Built in 1929, The Manor was originally named Stonedene and developed as a private residence for Harry Lynne Plummer and his wife Joyce. According to the Land Registry, The Manor property was owned by Victoria T. Matthews in 1949, the wife of Major General Albert Bruce Matthews.

The property was sold to the Ontario Mission of the Deaf in 1976 and the house was converted into administrative offices. The goal was to build a community centre for the deaf that Canada had never seen.

The goal had been achieved after a short period of time. Today, the Bob Rumball Canadian Centre of Excellence for the Deaf boasts residential programs for the elderly, a preschool program, a vocational training program, and an adult education curriculum; all to meet the needs of the deaf and hard of hearing in North America.

Reverend Bob Rumball was instrumental in the raising of funds to make the dream a reality. He called the efforts of friends such as Conn Smythe, Whipper Watson, and Harold Ballard. Bob Rumball himself was a professional football player and played for the Ottawa Roughriders and the Toronto Argos.

Since 1976, The Manor has served as administrative offices for programs such as group homes, the summer camp, and interpreting services.

In May of 1996, the Junior League of Toronto brought in top design firms and provided a much needed ‘facelift’, moving the administrative offices to the second floor. The Manor was then showcased to the community as a fundraising space, and is now offering a beautiful, elegant space to the community to be used for corporate functions, private & social events, and weddings!